Cosmo, Sports Illustrated, Playboy, Glamour, Elle — you name it, Margaret Ann Dowling has done them all. In her 20-year career as a high-level executive in the publishing sector, Dowling had a chance to restructure, manage and even build from the ground up what later became some of the most established brands in lifestyle media globally. Her persistence, willingness to learn and innovative approach helped her overcome even the toughest challenges along the way. Today, Dowling is growing her own content-focused startup, while advising other founders through Campus Warsaw.

Dowling’s career, however, was far from monotone; she took risks, followed her instincts and faced tough choices. In an interview, Dowling tells W Insight how she transitioned from working at a milk production factory to building up major lifestyle brands.

Originally from Ireland, how did you end up in Central and Eastern Europe?

I’m from what’s known as “Generation Emigration.” I was entering the job market in the late 80s when Ireland was in a big recession and there were limited job opportunities. I graduated with a degree in psychology from the University College Dublin in 1991 and did not know what I wanted to do. Most of my friends left the country and I decided to follow along. I moved to Hungary, through a government-sponsored program, where I was involved in launching Hungary’s first fresh milk in a box. I worked for a milk factory for 1.5 years, but, as you can imagine, it wasn’t my dream job. I did not want to go back to Ireland, but I certainly didn’t want to stay in the milk business.

What was your first foray into media?

I got my first job by chance, when a stranger at a restaurant offered to interview me for a startup, English-language newspaper, Budapest Business Journal. I interviewed, got the job, and then in one or two weeks sold the first ad and thought – I could actually do this!

I liked the job. It was easy for me to connect the needs with the solutions. I started in sales, after a year became a sales director, and then after three years, I became the managing director.

Taking a pay cut is never easy. What exactly drove that decision?

You get one life. And you spend so much of your life working, that what you do should be in harmony with who you are. There’s no huge amount of science in my feelings about this, but there was a lot of instinct. And my instinct was – I didn’t like who I would have to become if I continued in business publishing. I felt that shoes, handbags, lifestyle felt right for me. And I just wanted to change.

I had a choice: to move to London and work for the Economist, or stay in Hungary and find a job that I would actually enjoy. I decided to stay in Hungary and approached Hearst Magazine International. I said: I’m really interested in doing magazines. Do you have a job? So they offered me a job and I’ve always been thankful for that because that was my step into lifestyle publishing. 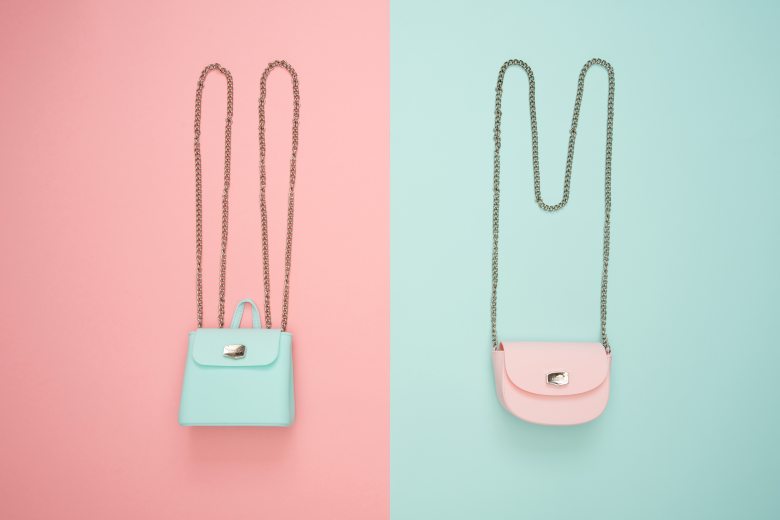 What was the biggest challenge in this transition from business to lifestyle?

The biggest challenge for me, actually, was not moving from business publishing to lifestyle. The biggest challenge was when VNU (which became Sanoma Sanoma, now Central Media) made a big acquisition of a local Hungarian publishing house, a market leader. As VNU at the time had some expats in the management board the language of management meetings was English. In the early days of the merger, the language of all our meetings switched to Hungarian. I spoke some Hungarian but not enough, so I had to learn super fast. It was so mentally exhausting.

Later in your career, you were tasked with a total restructuring project of a major brand. Could you describe how that came together?

When in 2008 Lehman Brothers collapsed, my husband and I — together with millions of other people — found ourselves in a tough spot. My husband was the CEO of a VC backed online recruitment company and didn’t get paid for six months. So from one week to the next week, we turned from a double-income family to being a single-income family, where my income was the lower sum. He turned it around but there were tough times, especially since I was also restructuring constantly in Marquard Media Hungary. Media and recruitment are probably the two worst businesses to be operating in a recession.

In 2012 I was approached by Burda, as they were looking at a big acquisition in Poland. It was, exactly when I applied for a computer science program at Vienna Medical University. I had to decide what was more important – what I wanted to do for myself (study computer science) or what was the right thing to do for our family (work for Burda). I decided to work for Burda. I was capitalizing on what  I already had accomplished at Marquard Hungary where I was CEO for 9 years and it also enabled us to set up a recruitment company in Poland – Futures Inc. at a good time in Poland market development.

Are you satisfied with your contribution to Burda International?

Yes, it wasn’t easy. When you go into a company, where your job is to basically scrutinize the work of others, you need to restructure the business, and do that quickly, painlessly, and not kill yourself in the process. I’m not so sure I would do that kind of a job again. It’s a thankless task.

And today, after working with a number of major brands, you are currently involved in the startup sector primarily, and running your own startup, too.

I am at Campus Warsaw as a mentor for startups. I was head of the supervisory board at showroom.pl, which was a startup, and I was mentoring them for two years before we made a huge investment. I know the future for business, even for my kids, is probably entrepreneurship. I am kind of a „vocational learner”, I like to learn on the job, I understand this about myself. So I thought to be authentic and to really be self-confident about my own knowledge, especially when advising companies with massive strategic issues, you need to make an effort to be educated and informed. So even if my startup doesn’t scale, I’m learning about the ecosystem and what’s driving the ecosystem, and what the real challenges of being a startup are. How else could I make proper investment recommendations, if I don’t understand the dynamics?

I have really enjoyed this moment in my life, my kids are 16 and 14, I wanted to be more free to advise them. I want to be more present in my real life, and the startup environment has given me that freedom. When you take the big money to be a CEO, you just have to be there constantly, which means you’re not elsewhere; you’re not home, not with your kids, or husband, not with your friends, not at the gym, hairdresser, wherever else you would like to be. I think the great benefit of stepping out of the board room and into the real world is that you develop new skills and links, network and know-how. Your mind is open to new ideas and you can make new connections when you are free to see things away from the daily grind of operations,  especially in a legacy business.

If I ever come back and become a CEO again, I think everything I’m learning now will make me a much more relevant CEO in the future.