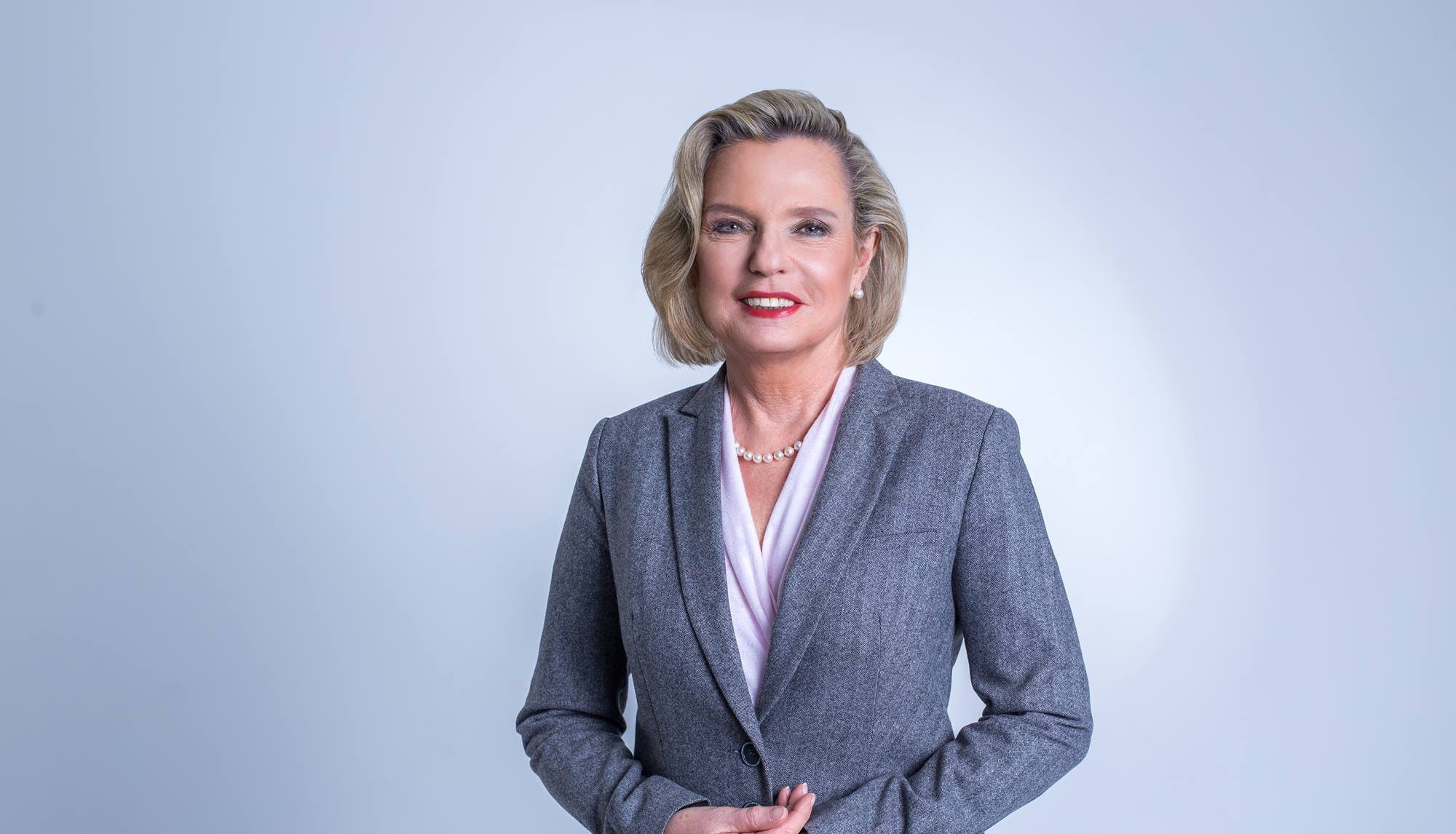 October 11 was the International Day of the Girl. W Insight celebrated it by partnering with the #Girl2Leader campaign in Poland, an offshoot of the international event connecting political leaders with adolescent girls to encourage them to aspire to the highest positions in politics. The campaign was launched by the non-partisan Women Political Leaders Global Forum (WPL). It was hosted in 15 countries by local women politicians aiming to give participants a personal introduction to politics and empower them to be the next generation of leaders.

Anna Maria Anders hosted the inaugural Polish event of the Girl2Leader campaign. Currently a Senator and Secretary of State responsible for International Dialogue, she organized the event for 21 Polish girls aged 14 to17. W Insight talked to Senator Anders about her motivations to organize the event, the impact the campaign might have in the region and her path to public life.

Joanna Socha: Before starting your political career, you worked in marketing, in the oil-related industry, Real Estate and for UNESCO in Paris. How did those experiences lead you to politics?

Anna Maria Anders: They did not. I just had a diverse career path. I was interested in marketing, public relations and spoke several languages. I had always taken an interest in world affairs. I worked in Real Estate for a number of years because I had a family so the flexible schedule suited me. I got into politics by chance. I had a very famous father (edit. Anders is the daughter of Wladyslaw Anders, the World War II Commander of the Polish Forces at the Battle of Monte Cassino), so the name was well known. I started traveling to Poland to attend various State events, celebrations and military ceremonies. I visited schools, I would talk about my father and Monte Cassino and I gradually became a public figure. In 2015 it was suggested that I run in the elections. The rest basically is history. I became a Senator in a by-election in 2016 because I lost the first time and I am currently the Minister in the Chancellery of the Prime Minister responsible for International Dialogue. I am based in Poland but I travel extensively, especially to the United States where I lived for over 20 years.

You are involved in Women Political Leaders Global Forum. Why did you decide to join the organization?

The Senate recommended me. The Speaker of the Senate in Poland called me and said that they had received a request for someone from Poland to be an Ambassador to WPL and he probably thought I was the most qualified, mainly because of my language skills but also due to the fact that I have lived in different countries.

Are you satisfied with the role of the Ambassador and host of the Girl2Leader event?

Yes, I think it is wonderful. It is particularly advantageous for countries where women have fewer opportunities than we do, i.e. the third world countries where it still tends to be a man’s world. The Women Political Leaders Forum encourages women to speak up for themselves.

What do you hope will be the impact of the Girl2Leader campaign?

That the campaign will promote a belief in oneself. I think it is a question of understanding that maybe a girl can do something too. That she will not listen to people who say that she cannot because basically everything is possible. If someone takes opportunities, has the ambition and works hard he or she can always achieve something in life.

“I never really saw myself strictly as a politician. I still don’t. My duties are very varied now. I have other interests and other functions.”

Is there any specific experience or challenge you have had that you would share with girls reading this interview in order to inspire them?

I had never been a public speaker. After the death of my father my mother spent a lot of time in Poland. She was the Ambassador of the Polish diaspora. When she passed away I took over from her.* It was difficult at first because I would attend military ceremonies and I would have to say something. At the beginning, I had a speech written for me but I had always hated wearing my glasses in public. (Perhaps not so much hated wearing them but having to pull them out). I realized I had to learn to speak without notes and that was a challenge. But I think it is one of those things that if you put your mind to it, you can do it.

I think anyone who is going into politics or will be involved in any public function has to learn how to be a public speaker and that may present difficulties.

How did you overcome the fear?

Practice, definitely practice. Anyone who is ambitious and wants to go forward has to overcome the fear of public speaking. I think speeches should be short, precise and to the point. If your speech is too long, the audience tends to drift off. Occasionally I do use notes if it is an important event where I have to remember numbers and dates, but I usually try to speak without them.

Joanna Socha is the editor-in-chief of W Insight

*Anna Maria Anders is the daughter of General Wladyslaw Anders who passed away in London in 1970 and his wife singer and actress Irena Renata Anders, who passed away in 2010. For her services to Polish veterans, she was awarded the Gold Cross of Merit by Polish President, Bronislaw Komorowski. In 2015 she was presented with the Honorary Badge of the Association of Siberian Deportees. Since 2015 Anders has been an Honorary Member of the Reserve Officers Association of Poland.