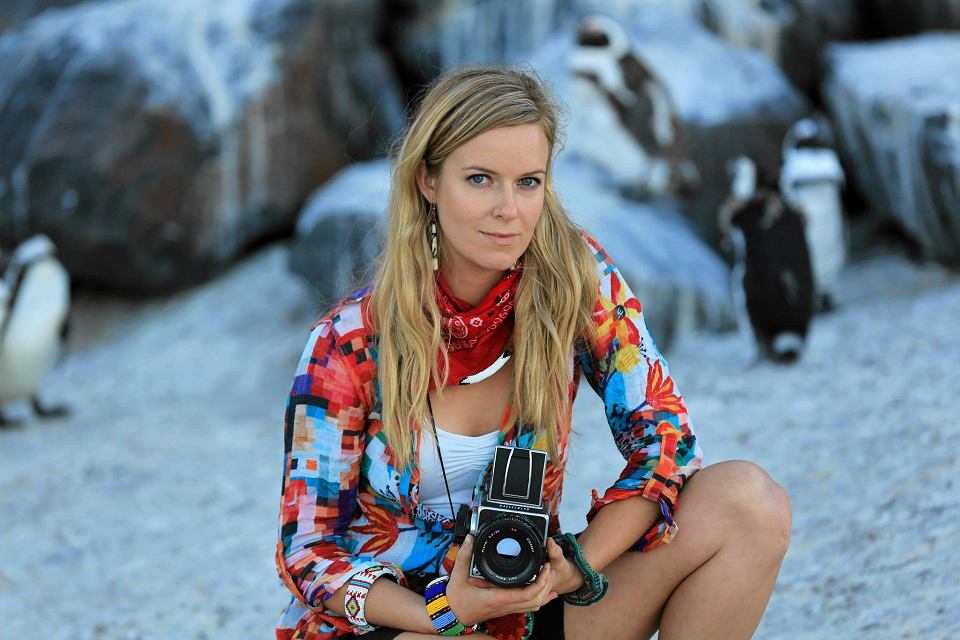 Weronika Mliczewska is an independent author, anthropologist and a filmmaker. She recently published a book about the Mayan world, coverage of more than a six-month trip to Guatemala, Mexico, Honduras, Belize and El Salvador. Educated in cultural anthropology and filmmaking, she attempts to present cultural differences and a different understanding of time. She wants to break the “exotic” stereotypes across the globe and is traveling alone, avoiding touristic places to make her observations. By the age of 30, she has already visited more than 65 countries. With W Insight she talks about following a non-traditional career path and how to afford traveling while being a freelancer.

Joanna Socha, editor-in-chief of W Insight: For the past several years you’ve traveled all over the world. Recently, you spent over six months exploring the Mayan world. All of this sounds exciting, but I am wondering – what made you do this? 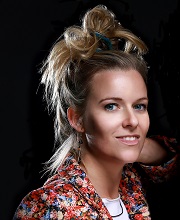 Weronika Mliczewska: I just follow my dreams and passion. I believe you should stick to what you feel and what you’re good at, and follow it regardless whether it’s making any sense. So for many years, my family and friends were questioning my choices, finding logical reasons for me not to travel so much. However, after many years of me being stubborn on this path and persistent, they understood this is the authentic me. I don’t think I could live otherwise. I don’t think I could live a different life, even though this path is very bumpy and difficult. I am just trying to stay true to myself.

Recently, you have written a book about your trip to the Mayan world. You spent over six months in Mexico, Guatemala and Honduras among others. I read the book and I have to admit – the world that you presented is completely different from the one I imagined.

My book is breaking the myth of “exotic” Mayans. What I really discovered thanks to this trip, was how important is saying goodbye to your inner codes, to your inner discourse. When you’re sinking in your new experiences and opening up to discover through new senses and through new ways of understanding the reality, you can be like a child, you can discover everything every day and it is a beautiful experience. It is something I actually did not take into consideration in the very beginning, when I was starting that journey into the Mayan culture of today. What I’m saying in the book, is not to fall into the trap of the “exotic other.” It is about escaping the “European” way of thinking. In Europe, for example, people like to give definitions and names to certain things or actions. Indigenous people have a different idea of time, they’re not using abstract words, like time, love, or friendship; these words don’t exist there. They only exist in the act of doing things. When you’re talking to indigenous people it’s very difficult, because how can you talk about time or space, if you can’t name it. For me, that’s when the journey began, when I started escaping my way of thinking that I was brought up with.

I was especially fascinated by your courage and passion, especially in places, where women are treated differently than men. What were the safety precautions that you took?

It may sound a little bit ridiculous, but I am not taking any kinds of precautions, because if anybody wanted to harm me, they could do it. I don’t carry a knife with me or anything like that, because I am not a professional fighter. I’m very vulnerable. But I really believe that when you expose yourself, people start to actually respect you and care about you. This is how you get good friends, this is how you attract people who are on your side, who are actually willing to protect you. In Guatemala, I had different people fighting to protect me. Just wanted to make it clear, it is not like I’m looking for trouble. I am not. When I was shooting in Guatemala, I tried not to get out of a house at night.

You mentioned that some of your friends and family were a little bit resistant to the idea of you traveling so much, but has it changed with time? How do they look at your work now, since you’ve had your book published and have produced several documentaries?

In the beginning, they thought I was crazy, because – while traveling – I was doing certain things that many people wouldn’t do, such as sleeping in a hammock in the middle of a jungle, or sleeping in a prison. Many people simply don’t get it and they have every right not to get it, because it sounds stupid and crazy. But I am the only person that knows myself from within. I know why I am doing those things, I know the drive, I see the bigger picture, I enjoy the path. And then I present them my story by creating a film, or a book. Once it’s out there, finally you’re a little bit better understood, because people can see your motivations. I’m receiving letters from people I don’t know, saying “thank you for your book.” It motivates me.

You don’t have a full-time job at an office, and you travel a lot. How difficult is it to travel so much without a fixed income? Do you have any advice for freelancers?

The most important thing is having a strategy. Apart from traveling and doing independent documentary projects, I am working as a freelance photographer and a filmmaker. I am working as a director and photographer for big brands which allows me to invest in my personal projects later on. On the one hand, I am earning money by improving my skills with great people in the industry, on the other hand, I can afford traveling. This is how I actually produced my first documentary in Japan, called “Speechless in Japan”, which was shot with one camera, one lens. And this is how I went to the Amazon Jungle alone. Now, my projects are starting to become more professional. I have a producer for my new documentary “Long Way”, and this year it is going to be screened in Polish cinemas. My advice, follow your inner call. Nobody else around you will believe in it as much as you do.

What is your ultimate goal?

I focus on indigenous human rights, spirituality and documenting their traditions. For the past ten years it took me to the most remote places with shamans, monks, hermits and bush doctors and it gave me a different perspective on our own culture. My main motive in storytelling is reaching human essence beyond any divisions.

Weronika Mliczewska earned a master’s degree in cultural anthropology from the University of Warsaw, she also studied at Goldsmiths University of London and UCLA. She runs a blog Veroetnika.